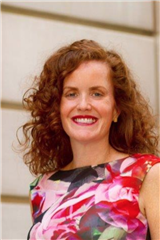 Kristin Ross Cully is Director of Research Development and New Ventures with the Jesuit Schools Network of North America. Previously, she served as the Principal of Loyola School in New York City. Before that, she spent 15 years at Regis High School, the all-boys Jesuit secondary school also in New York City, where she served as the Director of Guidance and College Advisor prior to spending her final six years as Assistant Principal. She earned her doctorate in Educational and Organizational Leadership from the University of Pennsylvania. Her dissertation, Smart Like a Boy: The Experiences of Women Working in an All-Boys’ Jesuit School, earned her the degree with distinction. She also has a Master of Education in psychological counseling and a Master of Arts in organizational psychology, both from Teachers College, Columbia University. She has a Bachelor of Science in psychology and education from James Madison University. Kristin joined the Board of Trustees in June 2017 and lives in Denver with her husband, Pete, and children, Grace and Robby.
Back