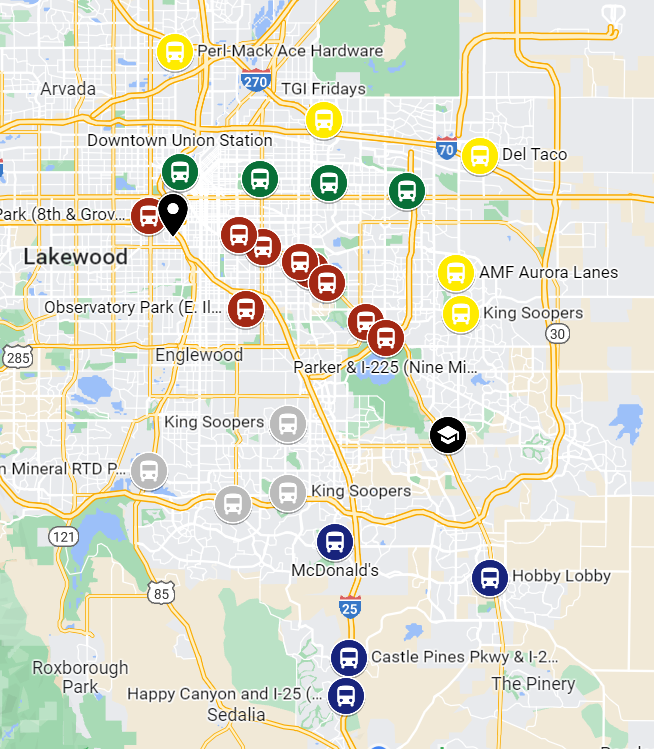 The Regis Jesuit bus service is a fee-based program with the costs shared by both Regis Jesuit families using the service and Regis Jesuit High School. Students can purchase a full-year pass or, for additional flexibility, students can ride the bus any day by scanning their Student ID. At the end of each month, the bus charges will be charged to their FACTS account. Bus pricing for the 2022-23 school year is as follows:

AFTER-SCHOOL ACTIVITIES BUS
The Activities Bus transports students from post-school activities. The bus will pick up at Regis Jesuit on the service road between the Steele Center and stadium and promptly leave at 5:30 pm. The After-school Activities Bus will make stops at 9-Mile Station, Anschutz Medical Campus, DSST Montview Middle & High School, City Park, Union Station, and Barnum Park on 5th & Federal. Students that live in Northwest Denver/Westminster/Boulder will be able to take the Flatiron Flyer Bus from Anschutz Medical Campus to those stops. Stops will be dependent on ridership daily.

Any students with an Annual Pass will be able to ride the Activities Bus.
Back